The Mosaic Company is the world’s largest combined producer of potash and phosphate, and has more than 12,000 people working to serve agricultural customers in approximately 40 countries around the world. The scale of Mosaic’s operations are understandable because potash and phosphorous are vital fertilizer nutrients that enable soils to remain fertile from one crop cycle to the next. Mosaic Company plants have 26.6 tons of operational capacity, and Conco was proud to be invited to one of the plants to provide service.

An unintended, and perhaps unwelcome, by-product of the potash and phosphorous production process is an extremely hard sulfur deposit left inside the tubes of re-boiler units. Mosaic’s New Wales Plant near Tampa, Florida sought Conco’s help to clean a unit with over 1,300 tubes, all severely blocked with sulfur. From the beginning of the mobilization, it was clear to the crew of five Conco technicians that they would need to improvise. There was variability in the nature of the sulfur deposits; some portions had a yellow sulfur deposit, and some tubes were clogged with even harder grey sulfur. This required experimentation with various drill bits, like the chipper bit and Twist Bit, and the Mitee Mouse to clear out remaining hard sulfur that the HydroDrill was unable to reach.

As always, safety was the highest priority. The tubes were cleared of hard sulfur with the Conco HydroDrill, followed by a mechanical cleaning of the tubes with Conco C3X cleaners, and then finally Remote Field Testing, to provide the plant a thorough assessment of the post-cleaning condition of the re-boiler’s tubes. Mosaic’s representative at the plant, Mack Jones, said of Conco’s performance: “Very safety conscious. The crew was doing a lot of things experimentally to find efficiency since it was their first time out there, the work ethic was strong, and communication was great.”

When Conco Project Manager Todd Gibson reflected on the job’s success, he said it was as much about the Conco crew being experienced and having a positive attitude as it was about having exceptional technology to work with. Todd mentioned how much of a difference it made that communication was good between the Conco team and the New Wales Plant staff. “The plant was responsive when we needed them to be,” Gibson said.  He referred to a day when Conco’s air compressor had stopped working, and a New Wales staff member quickly found a replacement.

Conco technicians look forward to returning to the New Wales plant later this summer to begin work on another unit with similar fouling issues. 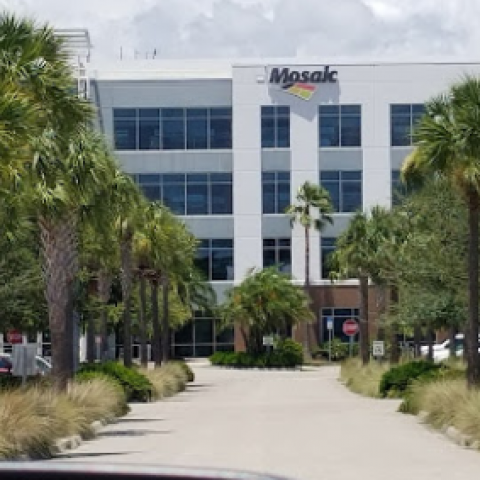