South Texas Project (STP) Nuclear Power Plant was commissioned for operation in 1988. Unit 1 is base loaded and produces 1,250 megawatts of power. There are 96,234 titanium condenser tubes, size 3/4" O.D. by 22 BWG in the multi-stage condenser. The tubes in the condenser were known to be fouled with calcium carbonate; however, the extent of the fouling was unknown prior to the outage. The last effective cleaning on Unit 1 condenser had been conducted five years previous and only thin calcium deposits were noted at that time. It is well known that fouling of the condenser can have significant impact on unit operations: It increases unit heat rate and can also limit unit generation capacity. However, due to the size and capacity of a condenser, and the heat transfer characteristics of a deposit type, fouling may go unrecognized until the deposition rate reaches an advanced level. As was the case at the South Texas Project Nuclear Power Plant in Wadsworth, Texas.

Once on site, CONCO cleaning technicians began a systematic inspection of unit 1 condenser tubes. Samples were taken and analysis showed the deposits to be a very tenacious form of calcium carbonate, or calcite (CaCO3). While the tube fouling itself is detrimental to plant performance and turbine backpressure, it usually consists, at STP, of various degrees of sediment and biologic growth, from algae to bryozoa, clams and mussels, the removal of which is not extraordinarily difficult.

Calcium carbonate scale, however, poses a serious problem that, until recently, defied standard removal procedures. It is a crystalline compound found in such materials as limestone and marble. At STP, a sampling of tubes were tested for thickness of the CaCO3. Thickness ranged from 7.6 mils to 31.2 mils, with an average of 19.06 mils. It was concluded that the Unit 1 condenser performance was continuing to deteriorate due to the increasing scale on the ID of the tubes and debris clogging the tubes.

"The Conco Cal-Buster™ is a unique tube cleaner unlike any other in the world" says Greg Saxon, President of Conco Systems. The specially designed cleaner has two rows of four carbide wheels mounted through its circumference. These carbide wheels act like glass cutters when they come in contact with the CaCO3 scale. Depending on the thickness of the scale, one or more passes of the Cal-Buster™ may be required to completely fracture the scale's bond to the tube material. Once the scale is fractured, it's easily removed with Conco C3S or C4S TruFit™ tube cleaners which push the scale out in strips. In the case of STP, due to the severity of the scale, seven different sizes of Cal-Buster™ were utilized for inside diameters ranging from .620" to .694".

Working in teams of eight technicians per twelve-hour shift, around the clock, it took approximately 5 1/2 days to clean each water box. Each team used four two-gun Conco ProSeries™ tube cleaning systems that propelled the tube cleaners with 200-300 PSI water pressure. Three ProSeries™ systems were used on the inlet end and one on the outlet end for use when "back-and-forth" shooting was required to free the occasionally stuck cleaner.

The next two water boxes were similarly cleaned as the first, but the fourth water box presented an additional problem. Here, over 50% of the tubes were completely blocked in the top twenty rows. It was determined that these tubes could be cleaned, but additional time to use the Conco HydroDrill™ and flushing would be required. The HydroDrill™ is a flexible system with capabilities to utilize fixed and flexible shafts and varying bit configurations. In this scenario, a flexible shaft was utilized with a bit sized at .650" to remove enough of the deposit to allow the Cal-Busters™ to pass through. The upper tube inside diameter measurements ranged from .583" to .690" as a result of the CaCO3 scale. After cleaning with the Cal-Busters™ and TruFit™ cleaners, standard light inspections were performed which indicated the tubes were clean and free of deposit. The remaining water boxes were successfully cleaned using a combination of Cal-Buster™, TruFit™ cleaners and occasional HydroDrilling as necessary.

In all, 7 1/2 cubic yards of calcium carbonate, weighing over 5,000 pounds, were removed from the 96,234 condenser tubes in unit 1. As a result of the scale removal performed by Conco, South Texas Project reports a significant increase of approximately 3 megawatts of power. Results were so positive, South Texas Project utilized Conco for the cleaning of its Unit 2, with similar results of more than 3,000 pounds of scale removed. 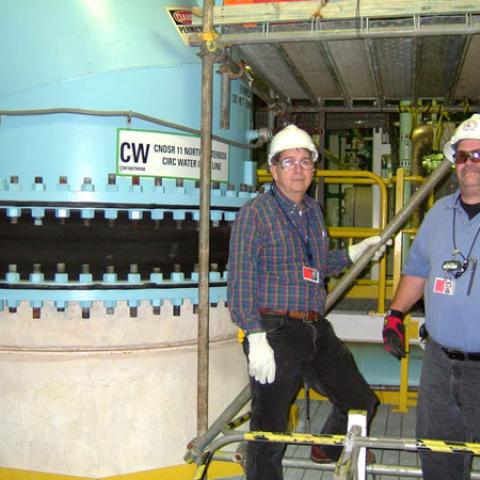 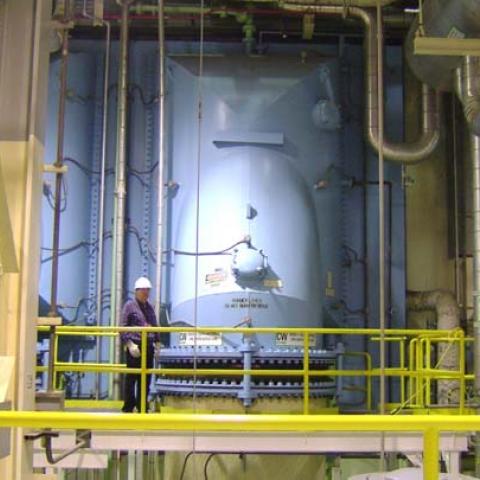 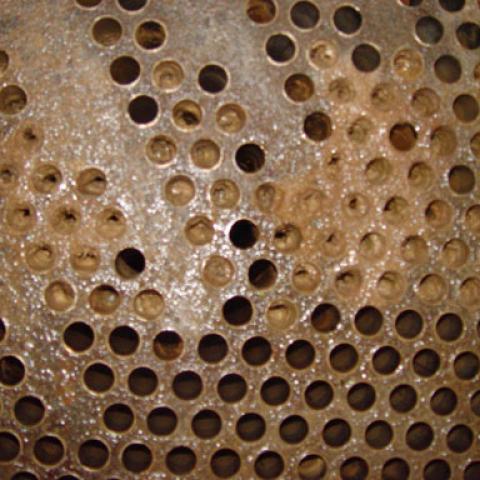 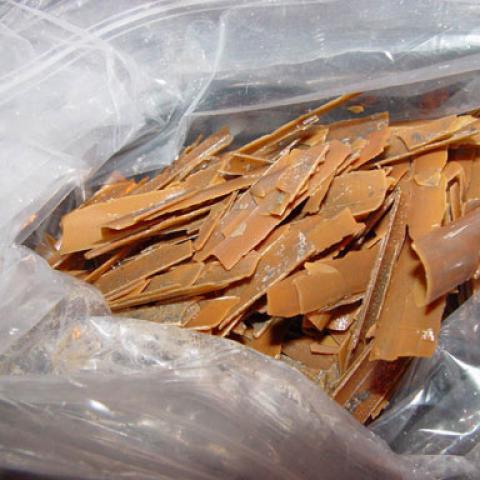 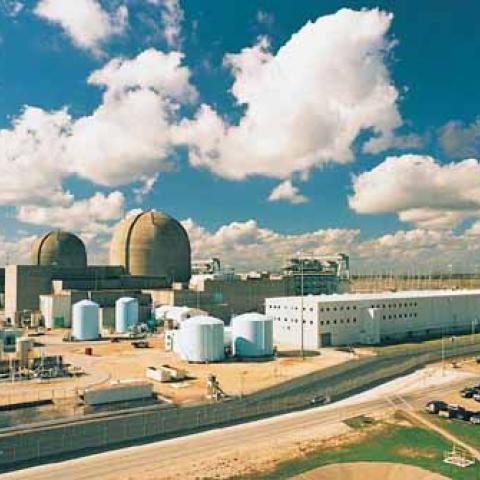