Ratcliffe-on-Soar power station is a coal-fired power station operated by E.ON UK at Ratcliffe-on-Soar in Nottinghamshire, England. Commissioned in 1968, the station has a capacity of 2000 MW. The power station occupies a prominent position close to junction 24 of the M1, the River Trent and the Midland Main Line and dominates the skyline for many miles around with its eight cooling towers and 300 m (980ft) tall chimney. It has four coal-fired boilers made by Babcock and Wilcox, each of which drive a 500 megawatt (MW) Parsons generator set. The station meets the energy needs of approximately 2 million people.

Performance engineers at Ratcliffe sought to improve declining condenser performance by utilizing an offline mechanical tube cleaning service provided by Conco Systems. The source of the condenser inefficiency was largely attributed to its online ball cleaning system being unable to remove accumlated macro-fouling and restore cooling water flow rates. Preliminary examination of the unit 4 waterbox revealed a large number of tubes were blocked with stones that had entered the cooling water intake as a result of a retaining wall breach.

Ratcliffe performance engineer, Matt Leighton, commented that the job would be "a real challenge" due to the fact that approximately 20% of the 19,100 condenser tubes were blocked with stones. In addition to stones, the presence of metal inserts in both the inlet and outlet ends, many of which were damaged, also compounded the problem. Owing to time constraints, Ratcliffe wanted to leave the inserts in place, and sought assistance from Conco to develop a cleaning strategy to restore the condenser performance.

Innovation to the Rescue

The "real challenge" as engineer Matt Leighton described, would be removing the embedded stones without removing the inlet/outlet tube inserts that reduced the ID of the 1" tubes to .905". Not only is Conco the world's leading provider of condenser performance services, Conco is also the manufacturer of the most popular line of mechanical tube cleaners in use around the world. Because of their manufacturing capabilities, Conco engineers were able to quickly modify an existing product to meet the challenge. The Conco TruFit™ Stainless Steel Brush was custom made for the Ratcliffe application using a smaller end cap that would allow the tube cleaner to pass through the narrow opening of the metal inserts, and then the flexible stainless bristles could fully expand to facilitate a 100% clean of the tube ID.

Using the Conco ProSeries™ Tube Cleaning System and the custom TruFit™ Tube Cleaners, Conco crews began the task of cleaning all 19,100 tubes in unit 4. Crews utilized both ends of the water box to shoot the cleaners with safe, 300 PSI water pressure. Outlet end "reverse shot" tube cleaning was done on those tubes where the stones were not easily being removed. Crew supervisor Joseph Arndt commented, "the whole process was quite methodical. Once we had the custom TruFit™ tube cleaners ready, we were able to restore performance to unit 4 in three and a half days." "The whole team at Ratcliffe were very supporting, and extremely professional" says Arndt.

Following the 3.5 day cleaning at Ratcliffe, performance engineer Matt Leighton wrote Conco with the following comments, "We have seen the unit return to service showing a 4 mbar improvement in backpressure at full load (520 GEN), which means the unit has hit its target vacuum (with a CW inlet temp of 20°C) for the first time in many years! A 4 mbar improvement equates to over £100,000 a year savings in efficiency/fuel costs alone (based on a 60% utilisation) which is excellent considering unit 4 was not a particularly bad performer." 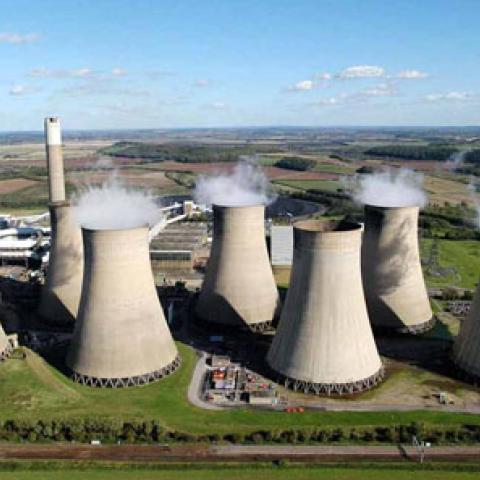 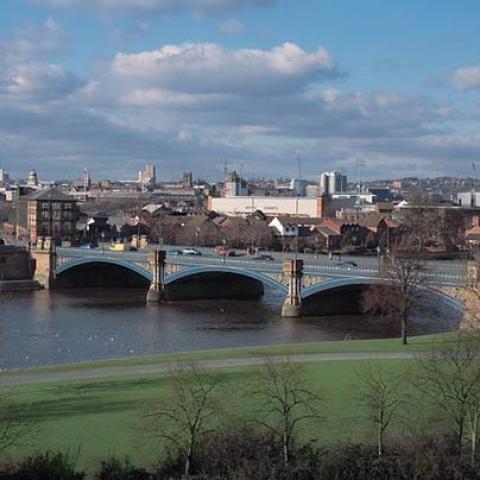 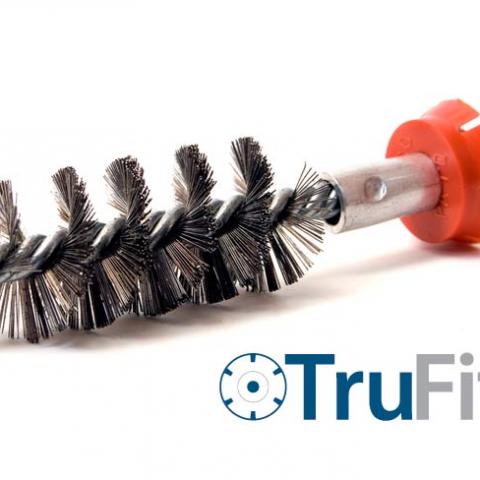